Just slightly over a month since the official launch (you can read it HERE) we discuss once more the 5th International Multidisciplinary Course on Iron Anemia. The event will take place from 31 March to 1 April in Florence and, as every year, will be organised by Pharmanutra, in collaboration with Zambon, its commercial partner for Spain and Portugal.

We asked the Course President, Dr. Sandro Barni, Director of the Oncology Department of Treviglio Hospital (Province of Bergamo) to give us a personal account of these five editions, in which the scientific significance of the works presented has grown from one year to the other, together with the prominence of the presenters involved.

What steps ahead were made over the years?

The course has grown at a steady pace over time. From the very beginning, in the first years submission of abstracts was encouraged only from the fields of oncohematology and nephrology, and, to a lesser extent, from gastronomy and gynaecology, generally by doctors who presented their clinical experience with Pharmanutra’s pièce de résistance, Sideral. In the following years, the abstracts presented were published, and the best were exhibited during the course as posters and awarded prizes, thus giving to the event a scientific publication connotation. Over the last two years, the course has further expanded with the invitation and participation of professionals coming from outside the Mediterranean basin. This if proof that the company’s market and the importance of the product are growing, reaching the Middle East and now also America.

How have the various disciplines within medicine changed the way they consider anemia?

Certainly, today the problem of anemia is tackled with greater attention by all doctors, also and not only in the field of oncology. Professionals of various disciplines ascribe and acknowledge the importance of prevention and of the early treatment of anemia, and this occurs in all phases of the disease: from the acute to the chronic phase, in both a surgical and internal medicine context, including oncohematology, nephrology, cardiology and gastroenterology. Finally, the role of anemia has been recognised not only as a prognostic factor, but also as an event that leads to consumption of resources and to a significant worsening of the quality of life. Indeed, there has been a move away from an excessive and sometimes rash use of transfusions, which was then also shown to be detrimental to the patient’s prognosis, towards the use of intravenous iron. Now, new oral preparations are also becoming important. In particular, Sideral Forte is being promoted: in a medical setting as well as in relation to surgery, it high bioavailability has been praised, due to its unique mechanism of action and its great efficacy, at least equal to intravenous preparations.

What new steps forwards have been made compared to the previous edition?

In this edition, the fifth, more importance has been given to medical disciplines such as nephrology, cardiology and surgery, with the various aspects of anemia management and appropriate use of blood. The oral presentation of what in the scientific field is referred to as an oncohematological consensus statement has been a novelty of this edition, both in terms of how the event is structured, and as a contribution to discussions on the topic. The statement is an article written by oncohematology specialists of various nationalities, who have been participating in the event for some time and that we hope will be published in the coming months. It tackles the 10 hot topics in oncohematology, with an eye to the clinic and one to the pharmacological and economical assessment. Finally, great attention will always be given to the experiences of the centres presenting abstracts and posters to be shared in the plenary session.

The program is longer and with a greater number of presentations: can you give us an overview?

The congress will start on the afternoon of Friday 31 March with an introduction by three opinion leaders in oncohematology (Barni, Munoz and Gascon). Pharmanutra’s scientific management will then give a presentation, with an update regarding the state of the art of sucrosomial® iron and its development in the clinical field. A keynote lecture will follow, given by Giancarlo Liumbruno, director of the Italian blood bank centre. The first session will then start, entitled Patient Blood Management, with 5 presentations: 2 on the economic implications of the use of blood, an efficacy analysis of sucrosomial® iron in the perioperative field (orthopaedic and bariatric), then the implementation of a program for the correct use of blood in oncology patients will be described by our Portuguese colleague Brilhante. On Saturday, the day will start with a roundtable by 8 experts, which will give an oral presentation of the consensus I was mentioning earlier and that we hop will be shared by everyone. Finally, the topic of third and last session will be related to nephrology, and the experiences in Italy, Spain and Greece in the use of oral sucrosomial® iron will be presented, relating to nephropathic patients with chronic anemia.

The keynote lecture will be delivered by Director of the Italian Blood Centre, Liumbruno, proof of the centrality of PBM in this year’s topics. What importance does his participation have in the current scientific arena?

The choice to invite Liumbruno to participate was not by chance. His presence will be even more useful in raising awareness amongst the audience that blood has become a very precious resource and it must be used parsimoniously. On the contrary, sometimes transfusion can be disadvantageous and its improper use must be discouraged, and its substitution with other therapies must be encouraged. It will be reiterated that prescription appropriateness and prevention measures, also including iron, will have to be increasingly implemented, especially in chronic patients, both onchohematologic and not. Therefore, what setting could be better for a course on anemia and iron? 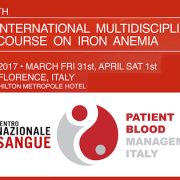 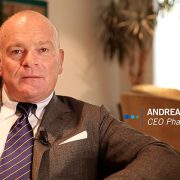 Sucrosomial® Iron: the story of success achieved by changing perspective 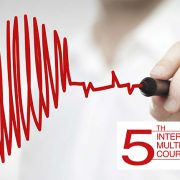 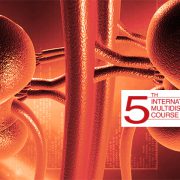